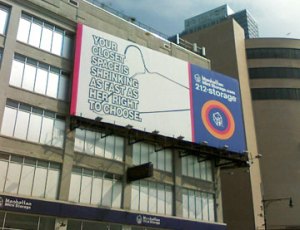 Not sure if anyone else is following the state to state hype about Emergency Conception (EC), but I just read something really interesting. Last week in Wisconsin a law was passed that allowed pharmacists to refuse the sale of EC for rape victims if it went against their personal religious convictions! And let me repeat- that’s for a rape victim, not someone who had condom issues, or a drunken encounter in a public parking garage- not that I think there should be a difference but come on, in a rape case EC should be a no brainer, your personal religious convictions aside.

However, in Connecticut yesterday church officials announced that they would allow their Catholic hospitals to dispense EC to rape victims, a decision which they recently reversed! Victory??? Yeah, SOMEONE talked some sense into them, especially after convincing them to drop the “mandated ovulation test”…. Or, if you are ovulating and at greater risk for pregnancy- they WOULDN’T give you EC….

But hey, come on, what’s the big deal?? In my own limited female understanding, abortions are actually not so unpleasant and, they’re just so easy to come by nowadays with clinics on every corner!! I mean, I once squeezed one in between a bikini wax and getting my nails done! I guess I see why some people feel we are just too nonchalant about these things, but you know it’s really not our fault, since, women are not really capable of comprehending the changes going on in our own body. Gosh, if only there was someway of making us more aware of those changes! What we need is to be awakened to the call of motherhood, and there’s no one better to take us by the hand and guide us than dreamboat Sam Brownback! Sen. Sammy’s “Ultrasound Informed Consent Act” would require that all abortion patients be administered an ultrasound before their procedure. The idea being to build a greater appreciation for human life, and “deeper reflection.” (Cuz the women who drove 6 hours to the ONE clinic in Missouri didn’t have a lot of time for “reflection”)

There’s nothing that makes this woman hotter than a man- holy or not, deciding that they have a better idea of what’s going on inside a woman’s body…. in fact, I imagine Sammy makes a lot of women AND men hot in that respect. You can’t really get mad at us for throwing shit at you when you tell us that the pro-life movement ISN’T about trying to control our bodies, now can ya?

p.s. I think those of you that know me well know that I’ve never had an abortion, never had my nails done, or my bikini waxed for that matter….I came face to face with an old male codger carrying an absolutely offensive pro-life poster in New Haven while I was carrying Jack in a backpack. We got into it on the sidewalk, and the irony of me standing there uterus, breastmilk, and all, holding Jack on my back while this 70 year old man waved his Bible at me at 9 AM!! was so incredibly surreal, and it’s stuck with me three years later. But for something a little lighter, check out this abortion clip from the Sarah Silverman show which I can’t upload to my blog because it’s from Comedy Central…. but it’s really really really like German-Chocolate-Dark-funny.